Floral Daily - Will your next greenhouse be made of Fiberglass?

Will your next greenhouse be made of Fiberglass?

What if we told you we have an 82-year-old claiming Fiberglass greenhouses to be the next big thing in horticulture? You might doubt us – but it could be wise to think again. The 82-year old is Mr Piet Bom, who was at the start of the switch from using steel to aluminum gutters in the greenhouse industry. Now he’s keen on improving his own innovation, and believes Fiberglass to be the successor to aluminum. With his company Piet Bom Innovations he is to present the applications of the new material at the GreenTech.

It must have been in 1966 when Piet Bom built his first Venlo greenhouse. In the Westland, where he also founded his company P.L.J. Bom. Not much later, Piet improved the greenhouse model. First with a storm-safe roof system, in which the roof bars are connected in a storm-proof way to both the gutter and the ridge section, and then he devised the 8-meter truss greenhouse that made the Venlo greenhouse suitable for all crops, including ornamentals.

In 1982, one of the most important horticultural innovations was added. At the Dutch Horticultural Trade Fair, he presented the PB Energy Gutter: the prototype of a round aluminum gutter. Until that time, gutters were made of galvanized steel, which meant working with separate parts was insurmountable. The new gutter ensures that drain of rain and condensate remain separated and increases the light output. The patent followed in 1986 and more than 30 years later aluminum gutters are still the standard in the industry.

In the meantime, Piet kept on inventing. With dozens of innovations for horticulture (and, to be honest, a few for the golf industry), he is now ready to replace his own novelty. While researching a new material for golf bags, he came across Fiberglass. Being strong and light, he immediately connected it to the horticultural world, and this year, he is presenting Fiberglass as a successor to aluminum at GreenTech - a novelty with which he has been nominated for the Innovation Award.

Fiberglass is a glass-fiber reinforced plastic. According to Piet, this means enormous progress, especially in terms of sustainability. "The world of today and the greenhouse horticulture of the future demand more sustainable solutions and, in particular, attention to CO2. That is possible with Fiberglass as a construction material. The CO2 that is released when Fiberglass is produced is almost a fifth of the amount of CO2 released when aluminium is produced, which is making a significant contribution to sustainable business practices in the covered crops sector."

Piet explains that there are more advantages to it, also during cultivation. “Fiberglass is strong and has high insulation. Growers will also be happy to know that horizontal profiles, such as gutters, ridges and rods, will no longer have what is known as a ‘thermal bridge’, whereby fiberglass prevents stubborn and detrimental condensation from forming. The material can be supplied in plain white, is glass-friendly and has a much lower shrinkage and stretch factor.”

All well and good – but let’s talk money. Fiberglass is not yet cheaper than aluminum or steel. “It is stable compared to the price of aluminium, which on the global market fluctuates over the years. The risk of an unexpected cost increase shortly before a fiberglass greenhouse is constructed has therefore been reduced considerably.” 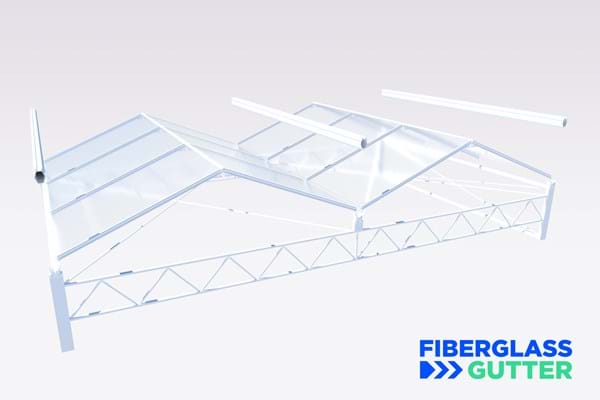 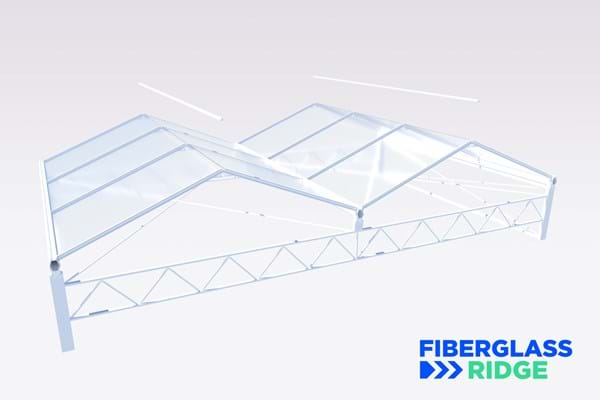 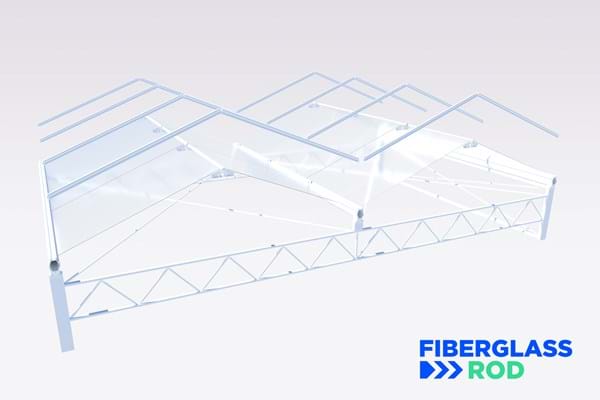 Piet Bom will participate at the GreenTech with his company Piet Bom Innovations. Piet Bom Innovations doesn’t construct greenhouses itself, but is presenting its innovation at GreenTech in order to gauge responses from the world as a whole. There is also good contact with the greenhouse builders. “For greenhouse builders, not much is different compared to current construction methods with aluminum, although there is great potential for development because the possibilities are virtually endless.”

It should be clear - at the age of 82, Piet is ready for the GreenTech and ready to shake up the horticultural world once again. His age doesn’t hold him back. On the contrary: over the years the inspiration came from more and more places and sectors. The inspiration for applying Fiberglass comes from the golf world. Piet laughs and reveals his secret. “A mix between playing golf in Tenerife with ideas and working out the ideas at home. And of course occasionally watering the geraniums!"

‘The Fiberglass Greenhouse Roof’ is nominated for the GreenTech Innovation Award 2019!